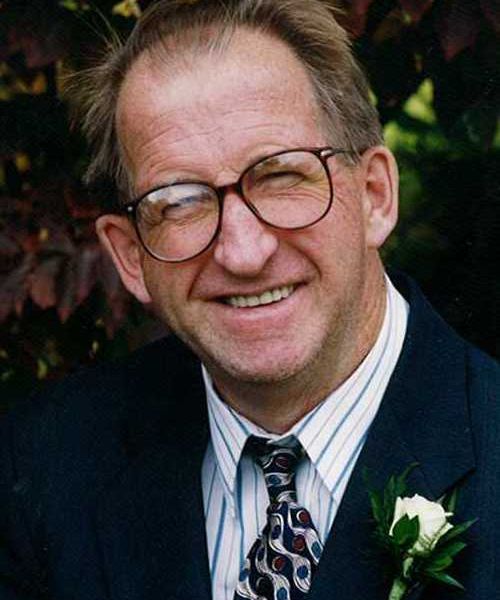 Hawkins, Walter; suddenly at Louise Marshall Hospital in Mount Forest on Tuesday February 26th, 2013, surrounded by his family. Walter Paul Hawkins of Mount Forest in his 73rd year. Beloved husband of Joanne (deGroot) Hawkins. Loved father of Ronald Hawkins and his wife Susan of Amherstview, Joseph Hawkins of Ayton, Christopher Hawkins of Bowmanville and Cynthia Dean and her husband Paul of Halton Hills. Cherished grandfather of Morgan, James, Gavin and Lauryn Hawkins and Natalie and Tara Dean. Dear brother of Margaret Hawkins of North York, Patrick Hawkins and his wife Sharon of Kitchener and John Hawkins and his wife Karen of Hawkestone. Walter will be sadly missed by his many nieces and nephews. Predeceased by his parents John and Rita (Bunyan) Hawkins. Friends may call at the England Funeral Home, Mount Forest on Friday March 1st from 2:00 to 4:00 p.m. & 7:00 to 9:00 p.m. A prayer vigil will be held on Friday at 4:00 p.m. Mass of Christian burial will be celebrated at St. Peter 's Roman Catholic Church, Ayton on Saturday March 2nd at 11:00 a.m. Interment at St. Peter 's Cemetery, Ayton. Memorial donations to a charity of one 's choice would be appreciated by the family. On-line condolences may be made at www.englandfuneralhome.com

Thinking of you and your family Margaret on the anniversary of Walter's death. Stephen

Dear John & Family, Our deepest sympathy goes out to you during your time of loss. Gary & Maxine Tone

Sending our heartfelt condolences in the loss of Walter to Joanne and family. Time passes by so quickly. We were neighbours for almost 30 years. It just seems like yesterday. Cherish everyday and everyone today and tomorrow...as life is too short. He will be missed. Our prayers and thoughts are with you. Diane & Doug

sorry to hear of your dad's passing. I have good memories of him working with my dad on the mill. my sympathies to your family.

Sorry to hear about Walter, we are all thinking about you and our thoughts and prayers are with you.

There is much sadness when we lose a loved one and no words that anyone can say will erase the pain at that moment. But we can find peace and rejoice in the knowledge that he is now in the presence of the Lord and we will see him again. May the Lord bless you and your family during this difficult time.

Thoughts and prayers are with Walter's family and /friends. Enjoyed many childhood memories at the farm. May you rest in peace!

I am so sorry to hear about Walter. Thinking of all the memories at the farm when we were young. God bless to all of you. Deepest sympathy Love Julie Barriage

Our deepest sympathies go out to the entire Hawkins family. Let the light of Walter's memory fill your heart in this time of sorrow.

Cindy and Paul. Sorry to hear of your father's passing.Our thoughts and prayers are with you

My heartfelt condolences to the entire Hawkins family.

Our heartfelt and sincere condolences to all friends and family. May he rest in peace.

Joanne and family, Margaret, Pat & John and their families, we are very sorry to hear that Walter has passed away. Sorry we can't be with you at this time of sadness as we are away on vacation.

My thoughts and prayers are with the Hawkins family during this very difficult time.

God bless. I have fond memories of Walter and his heritage with the farm and Ayton.

Our sincere condolences go out to you Ron & Sue, Morgan and James, in the sudden, tragic loss of your father and grandfather. Our thoughts and prayers are with you.

So sorry for your loss Ron & Susan. He was far too young. My Mom was 73 when I lost her. You are in my thoughts and prayers.

We are sorry to hear of the sudden passing of our cousin Walter. Had a nice chat and visit with him last fall. We are thinking of you all at this time. Sincerely From all of us south of the boarder.

Thinking of all the memories we had together