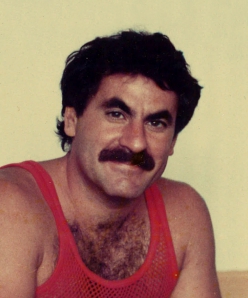 RITHALER, Robert "Rob" Charles - On Friday, January 13, 2023 at the Louise Marshall Hospital, Mount Forest in his 68th year. Loving husband of 33 years to Margaret Horman. Dear brother of John Philip Rithaler (Elizabeth) of British Columbia. Rob will be missed by his many cousins, extended family and friends. Predeceased by his parents Val and Helen Rithaler.

Rob’s biggest passion in life was his love of nature, whether reading about it or experiencing it firsthand. He was in tune with the biology of this planet above all else.

His connection to the animal world was sealed as a toddler. After he escaped out the back fence and ended up on a busy highway, his dog, who had followed him, saved his life by pushing him off the road, sacrificing herself in the process.

Later as an adult he came out scot-free from a number of encounters with both black and grizzly bears while working in remote areas of BC and the Yukon - including a head to head encounter with a grizzly around a giant log in thick underbrush and heavy deafening rain, both he and the grizzly making a quick exit in opposite directions.

In his teen and young adult years he played lacrosse and hockey with enough gusto to play hockey with the UBC Thunderbirds and a short season with the New Westminster Bruins. He played sports with sufficient energy to break his nose 13 times and suffer the same number of concussions.

Rob credited his younger brother with taking up weightlifting. The younger weaker brother, so easy to pick on as a child, became a strong and much taller young man.  ;-)

Rob married a likeminded lover of animals and supported his wife in the trials and joys of animal rescue. He was a critical part of helping to save more than a thousand animals, as able to be gentle with a rabbit as he was brave with a bear.

Rob was a joy to have as a hiking companion as every hike involved a search for what life was beneath each good-sized rock or interesting log. Absolutely perfect when hiking with someone who liked the view more than the bragging rights of how fast they travelled. His hike on the West Coast Trail with his wife and two friends was an amazing journey. It was not without trials but worth it for both, even after food ran out on day three, of a seven day hike. (Forever grateful for the military guy who happened by that shared his army rations with us.)

Rob was groomed for military school from a young age but eventually followed his heart as his mother suggested, seeking to understand, analyse and enjoy nature rather than follow a path dedicated to military rules that would have surely made him a different person.

In these last 20 years, his biggest enjoyment was the sounds and sights of nature around home. Instead of bears, there were brushes (literally), with foxes, raccoons and skunks. He knew exactly how many birds visited the feeders outside, and even had names for a few like Harriet, a slightly addled woodpecker who returned several years in a row.

Rob fought his cancer with the same dedication he had used to understanding every biology book crossing his path. The last almost three years were truly a battle, and his job was to do whatever he could to beat the disease and stay alive. He won’t just be missed by his human family; he will be missed by all the creatures that live in and around his home. The birds never missed a meal and neither did the four-legged babes inside.

At Rob's request, his body has been donated for medical research.

Many thanks to Penny, Kathy, Sean, and all of the nurses and doctors at the Louise Marshall Hospital, Mount Forest, for their kindness and patience while caring for Rob.

Those wishing to make a donation in his memory are asked to consider your local humane society or the S.P.C.A. Arrangements entrusted to the England Funeral Home.

I'm so sad that uncle Rob has died. I haven't been able to see him in so many years and I wish I could go back in time and put more effort into connecting even when he was unable to attend family gatherings. He was an amazingly fun and interesting person to be around. Sending love to you, aunt Marg ❤️

Ohted tedMargeret, I am so sorry to hear about Rob. Such a horrible disease. My heart is truly breaking for u. We had so many good chats at the vet office. Beautiful tribute to him. May her RIP.

I don’t know Rob or your family but this was such a beautiful tribute to him. He was a lucky guy to have you all. We are a small town and I just felt the need to offer condolences. I have never done such a thing before but this obituary moved me. Thank you and RIP.