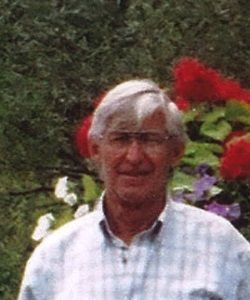 Mary and family, all our sympathy in the passing of Art. He was a good kind man and I enjoyed my time working with him. Sorry for your loss.

My condolences to your family. I’m sure there are many great memories to be shared.

We are so sorry to hear of Art passing. He was a great neighbour and our grandchildren always enjoyed his beautiful Christmas light display. Our thoughts and prayers to the family. Ray and Marion Parker

Dear Mary & Family; Those we love don't go away, - they walk beside us every day. Unseen, unheard, but always near Still loved, still missed, and very dear to all. Our thoughts are with you.

Our sympathies to your entire family. Thinking of you all. Joan and Lloyd

My deep condolences to the Gibson Reeves family. A wonderful man. Judy Rusnell

My thoughts and prayers to each and every family member as you go through this time of sorrow. Remember the memories they will bring smiles to your face. He may be gone but never forgotten

Our thoughts and prayers are with your family at this sad time. Wayne and Sandra