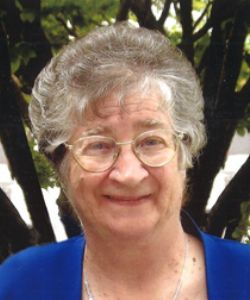 My condolences to the Harper family.

Sorry for your loss. Our deepest condolences to the family.

We were so sorry to hear of your resent loss. Our deepest sympathies to all her family

Our deepest sympathy to Bob and the family.

Our deepest sympathies to the Harper family. Arnold & June Carter and family.

Thinking of you all at this sad time. Our sincere condolences. Gail and Derek

We wish to extend our sincere condolences to Bob and Family. Florence was a great Family person...That was her life. The tributes by Family at her funeral were wonderful and really conveyed how much she was loved and will be missed by her Family and Friends. You are in our prayers and thoughts. From Marlyn & Rowland Howard

Our deepest sympathies are extended to the Harper family during their time of loss.

Thinking of you and your family at this time. Bob, Marjorie Young, and Lily

We send our deepest sympathy to all of the Harper family.

Uncle Bob and Family, Our deepest condolences on the loss of Florence. She always had a smile and a kind word to say every time we saw her.

My condolences Bob to you & your family on your loss. My thoughts and prayers are with you and family .

So very sorry for your loss. Wishing you faith to light your way and loving memories to help comfort you.

My condolences to all of the Harper family. Thinking of you at this time John Dungey and Family

Our condolences to the Harper family . Our thoughts and prayers are with you. May God give you peace and strength. from Lloyd and Anita Wierenga

On Monday, March 15, 2021, the world lost a truly wonderful lady, Florence Harper. As we hold a private family funeral this Saturday, March 20th, we will always remember her soft-spoken voice, kind heart, positive outlook to life and a love so deep for all her family and friends. We were blessed to have such a kind soul to cherish as a Mother and Grandmother to our children. She inspired our lives with the imprint that kindness and compassion make all the difference in the world. Until we meet again, much love from Jim, Theresa, Jacqueline, Diana, Andrew and Jonathan Harper.

My sincere sympathies to the Harper family...

Our deepest condolences to the Harper family. Our thoughts and prayers are with each one of you. Jim and Judy Coffey

My deepest sympathies on the loss of your dear Mother. May your memories bring you comfort.

Harper family, I was very sorry to hear of your loss. There are so many memories of Florence at the farm, but I think the one I will pick to remember is of driving by on Birmingham Street and seeing Bob and Florence sitting outside on one of the benches enjoying the summer day and each other's company. Take Care.

Harper Families: Thinking of you all as I read of Mrs. Harper's passing. So many great Harper memories where you all made her smile. Please accept my condolences but know she won't be forgotten. Xo

Condolences to all the Harper Family. I remember your mom as a quiet, hard working, dedicated and resourceful lady. She had many reasons to be very proud of her family and I am sure you will all miss her immensely.

Uncle Bob & Family our Condolences in the loss of a Dear Wife, Mother & Grandmother. Aunt Florence was a very Caring, Kind & soft spoken person and always Happy to see you. Will miss our visits with her when we are able to visit in Ontario after COVID. Take Care & Love to All Linda & Tom Friars Riverview, NB