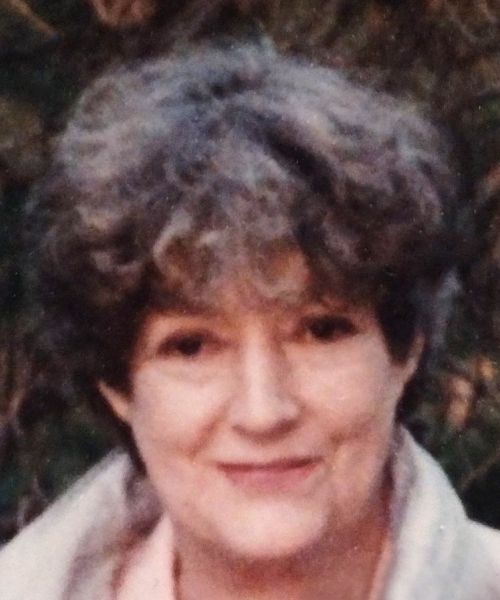 HARKER, Wilma Marilyn - Peacefully at the age of 85 years, returned home to her Lord and Saviour Jesus Christ on November 19, 2021, at Louise Marshall Hospital, Mount Forest.

Marilyn is survived by her son John L. Roux, her daughter Rita Wukoson, her stepdaughter Linda Reynolds, her stepsons Brian Roux and Robert Roux, her grandson Alexander Wukoson, and her dear and lifelong friend, Gladys Stubbs.

Born in Toronto, Ontario she went on to join the RCAF, serving in Winnipeg, MB, Pvt 1st Class. Here she met the man she would marry. Although divorced many years ago, she remained friends with her former husband, Leo Roux.

After raising her children, Marilyn rejoined the workforce, working several years in retail sales until retiring. She chose to continue her education in her forties, graduating Centennial Community College, Toronto, with a degree in Graphic Arts.

Marilyn had a love of music; her children have wonderful memories of a home filled with a range as wide as Mahalia Jackson to Elvis Presley.

Marilyn was a two-time survivor of cancer; malignant melanoma many decades passed, as well as lung cancer in 2008.

Hers was a true heart for the Lord Jesus, and Marilyn laid a foundation of love for her children and stepchildren to know of His grace, mercy, and love.

For the past several years, she has enjoyed being a part of the Mount Forest Seniors Club, playing cards and enjoying the company of others.

Those wishing to make a donation in memory of Marilyn are asked to consider Cancer Patient Services, Mount Forest.  England Funeral Home entrusted with arrangements.

“I will see you again”

We will miss you dearly until then.

To all who have reached out during this time of loss, whether sharing here or by phone, we thank you from the bottom of our hearts for walking this with us through your kind words and the memories you share.

I thank the Lord for such an intelligent, funny, caring, kind-hearted mother, and for the many years He shared her with us! The picture above is from her trip to Birmingham, AL (1996) to meet her grandson, I'm so glad his life was touched by yours too, mom <3

Linda wrote below about your love for God's little creatures, her mouse story reminded me of when you nursed the robin with the injured wing, back - when you released it, it turned and sang for us before flying off. So many beautiful memories of your many acts of kindness.

Most importantly, you taught us of God's great love for mankind, entering His creation, in a plan laid out from the beginning of time, to rescue mankind from the enemy of life. As Christmas approaches our hearts will feel heavier without you but our souls will rejoice in the knowledge that, because of Jesus, we WILL see you again!

John, you cared for mom over these last few years and she loved you so very much! Never forget that the Lord is with you; be strong, stand on that wonderful Rock. God bless.

Marilyn and I have been friends for 60yrs.We met as neibours in Aurora ,And hav been friends ever since.She moved a few times and always keeper in touch.We moved to a farm in Holstein an we always got to-get her.Weloved playing video games and enjoying the outdoors .Then Marilyn decided to move closer to us.Hap and I enjoyed her company.We played Bingo and joined the Senior’s club here in Mount Forest.We always tried to keep busy.I miss the Sat. Nights we.Brothers George & Les always played Newfy Bingoand Euqure.I will miss her dearly.Since this COVID-19.We couldn’t get to-get her.Some day we will meet again in Heaven and it will be a glorious day with all our friends and Family.Gone but not forgotten,.R.I.P. dear friend.Love Gladys ans Brother George.💕👍❤️🙏

so sorry to hear about your mother John. wish I could be there to give you some support.

Mom,
You are a kind, thoughtful and gentle person. You loved nature & flowers, you had a "green thumb" You were a wonderful cook too!
I remember one time when I was a little girl, that you tried to help a little mouse outside our house and you picked it picked it up and it bit you - you had such a soft heart for little creatures.
You also loved pretty rocks & sea shells, and you displayed your favourite ones on the kitchen window shelves.
You will always be with us.
I love you.
~Linda xox

As President of the Mount Forest Seniors Group, I want to express my condolences.
Marilyn was so well liked at the Seniors club. She sure could play cards!
Rest In Peace Marilyn.